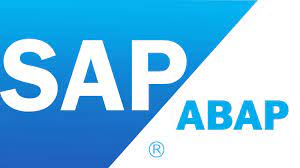 History of SAP ABAP
ABAP is a 4/GL( Fourth generation) language developed in the 1980s.
ABAP becomes a language for developing a program for the client-server, which was first released in the year 1992.
In the year 1999, SAP introduced an object-oriented extension known as ABAP Objects
In 2006, 7.0 version released which offer switch framework feature
In, 2012, The version released with Table expressions feature
In 2015, with version 7.5 start supporting Open SQL expressions.
With version 7.52 in 2017, virtual sorting of the internal table feature introduced.

SAP ABAP has the following components:
ABAP Editor: It is mainly used to maintain programs.
ABAP Dictionary: It is is used to maintain Dictionary objects.
Repository Browser It is used to display a hierarchical structure of the components in a package.
Menu Painter: It is used to developing GUI, including menu bars and toolbars.
Screen Painter: It is used to maintain screen components for online programs.
Repository Information System: stores information about development and runtime objects, like data models, table structures, programs, and functions.
Function Builder: This component helps you to create and maintain function groups and function modules.
Test and Analysis Tools, like Syntax Check and the Debugger.
Data Modeler: This tool supports graphical modeling.
Workbench Organizer: It helps you to maintain multiple development projects that are manages by developers for distribution.